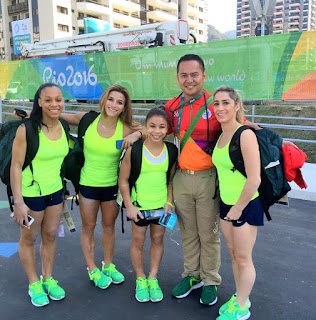 This US-based Filipino nurse spent more than 2 weeks at the Rio de Janeiro as a voluntteer nurse at the 2016 Summer Olympics. Mind you, he was the only Filipino nurse there.


Marvin Delfin had the best time of his life as a Filipino at Rio. Right time, right place, right company. According to him, the Rio trip fulfilled three wishes he could cross off his bucket list: seeing Christ Redeemer statue -- one of the New Seven Wonders of the World --, visiting Brazil and attending a global event.

There were other perks: he posed with U.S. sprinter Natasha Hastings and U.S. shot putter Michelle Carter. Also, he witnessed Jamaica's Usain Bolt taking home the gold in the 100-meter race.

Moreover, his Olympic stint was a pride for his home-region, Zamboanga.

“All the more I got elated because there is another Zamboanguena -- Hidilyn Diaz -- who snatched a silver medal in weightlifting at Rio” he said.

A nursing alumnus of Western Mindanao State University, Marvin has been a nurse for 13 years in three different countries, starting with the Philippines and then at Abu Dhabi in the United Arab Emirates. He came to the United States about four years ago.

Marvin jumped into the volunteer opportunity in December 2014 after seeing an ad calling for medical professionals to apply to serve at the Summer Olympics. Two months later, he was interviewed and three more months of wait, he was selected.

At the Olympic Village,  he worked nights and was assigned to the emergency department in what he described as being "part of that elite group”.

Presently, Marvin is pursuing a master’s degree in nursing at University of Texas at Tyler. Now, he is setting his sight for the 2018 Winter Olympics in South Korea. The Tokyo Summer Olympics on 2020 may yet be his next target. 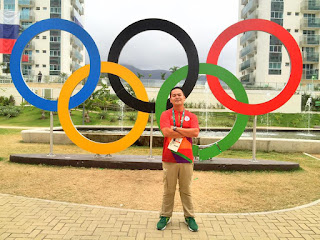 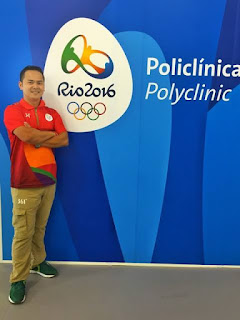 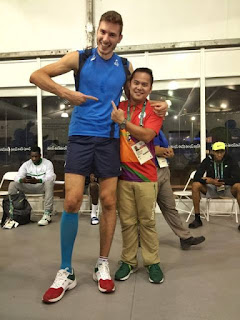